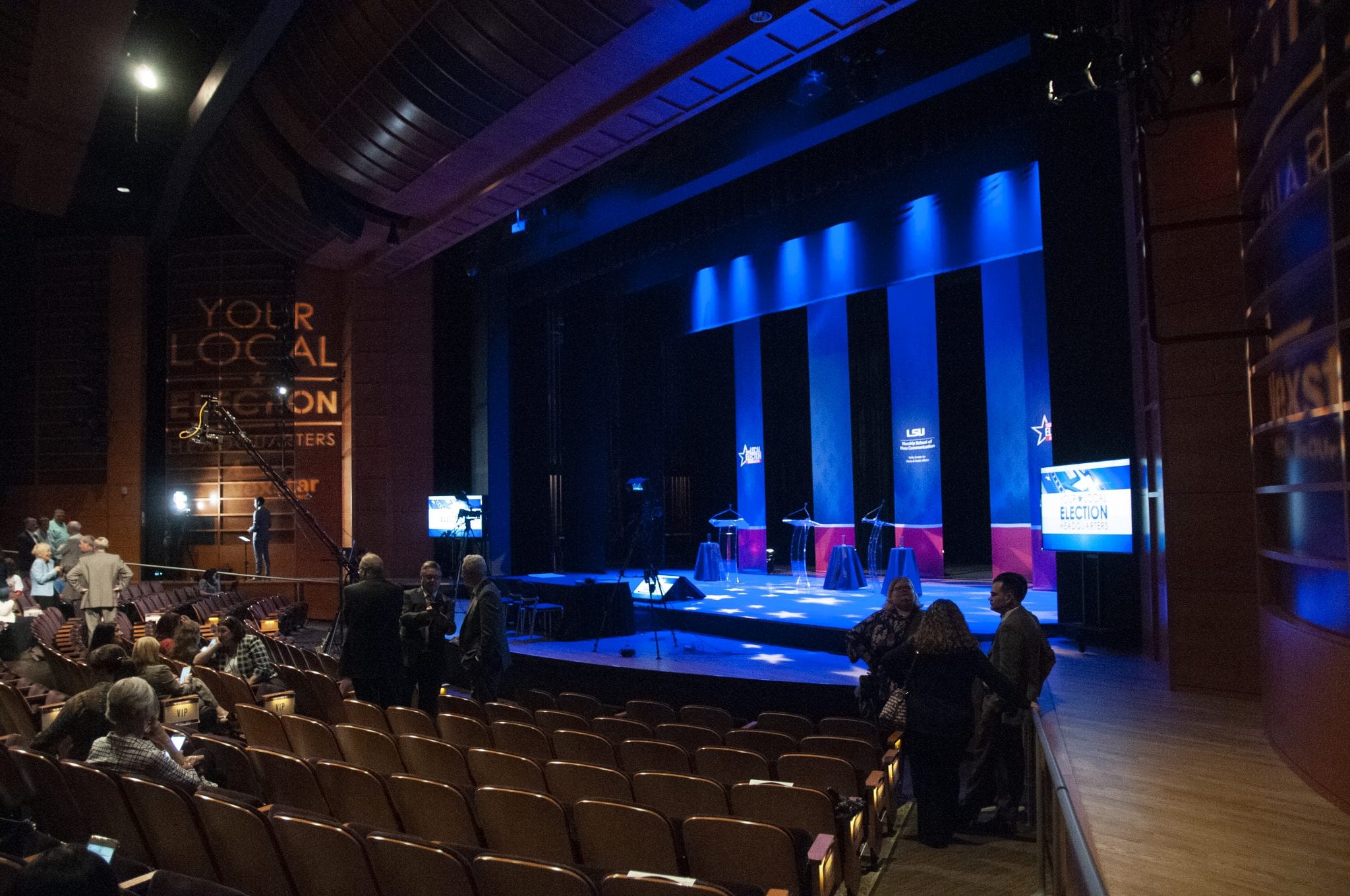 By: Raymond Constantino and Katherine Manuel, The Reveille

BATON ROUGE—Three candidates for governor clashed over taxes and Medicaid in their first debate Thursday night but largely agreed on abortion restrictions, gun policies, the dangers of e-cigarettes and the value of the TOPS scholarship program.

One of the most contentious sequences centered on Louisiana’s shift from a budget deficit to a budget surplus since Edwards was elected in 2015 and whether the candidates would now cut taxes.

Edwards pointed to the state’s investment in education, including a recent pay raise for K-12 teachers and an end to the cuts in college budgets that were common under his predecessor, Republican Gov. Bobby Jindal.

“What we don’t want to do is go back to cutting higher education,” Edwards said.

Candidates were then asked if they would support allowing local governments to decide whether to give tax breaks to corporations to create jobs.

Polls show that Edwards, the only Democratic governor in the Deep South, is leading the race, while Abraham and Rispone are competing to get in a runoff with him. Rispone recently attacked Abraham in television ads. But during the debate, both focused on their differences with Edwards rather than with one other.

Read more at the Bossier Press-Tribune.