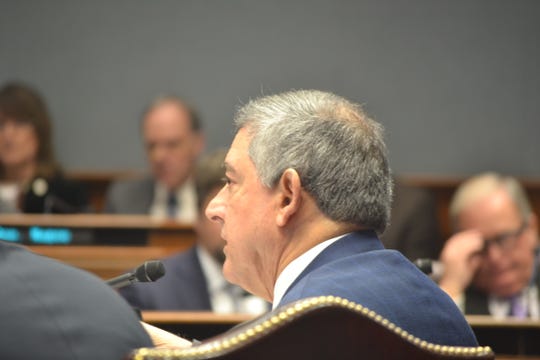 The budget, for the 2020-2021 fiscal year beginning July 1, was presented by Jay Dardenne, the commissioner of administration, to the Joint Legislative Committee on the Budget. It marks the beginning of negotiations that will play out in the legislative session starting in March.

The governor proposed increasing spending by nearly $285 million overall. But lawmakers will not be asked to raise any taxes this year, Dardenne said.

“This increase to higher education is a very significant investment,” Dardenne said.

It would increase early childhood funding by more than $25 million and higher education by nearly $35 million. It also would boost the money for TOPS scholarships by $5.56 million as more students have become eligible.

However, these increases are dependent on about $100 million in funding that is not currently available because Edwards, a Democrat, and the new Republican leaders, House Speaker Clay Schexnayder and Senate President Page Cortez, have not been able to reach agreement on an official estimate of what the state’s revenue. The Republicans proposed using a lower forecast than Edwards.

As a result, Dardenne said the administration viewed its proposal as a starting point for negotiations.

Despite Edwards’ promises for teacher pay raises during his re-election campaign, there is no funding explicitly allocated for them. Dardenne said the K-12 could use some of the increased funding for pay raises, but it would be up to local districts to decide what to do.

The proposed funding for higher education is still not as high it was nearly a decade ago, but the total has been steadily hiking back up since 2016 when the state faced an overall $2 billion budget shortfall.

Sen. Bret Allain, R-Franklin, said this increase would greatly benefit smaller schools that have struggled to pay these costs.

“This is the No. 1 budget problem at Nicholls State University, McNeese State and a lot of these smaller universities,” Allain said. “We’re actually paying more in mandatory costs back to the state than we’re getting. The argument’s been made we’d be better off separated from the state.”