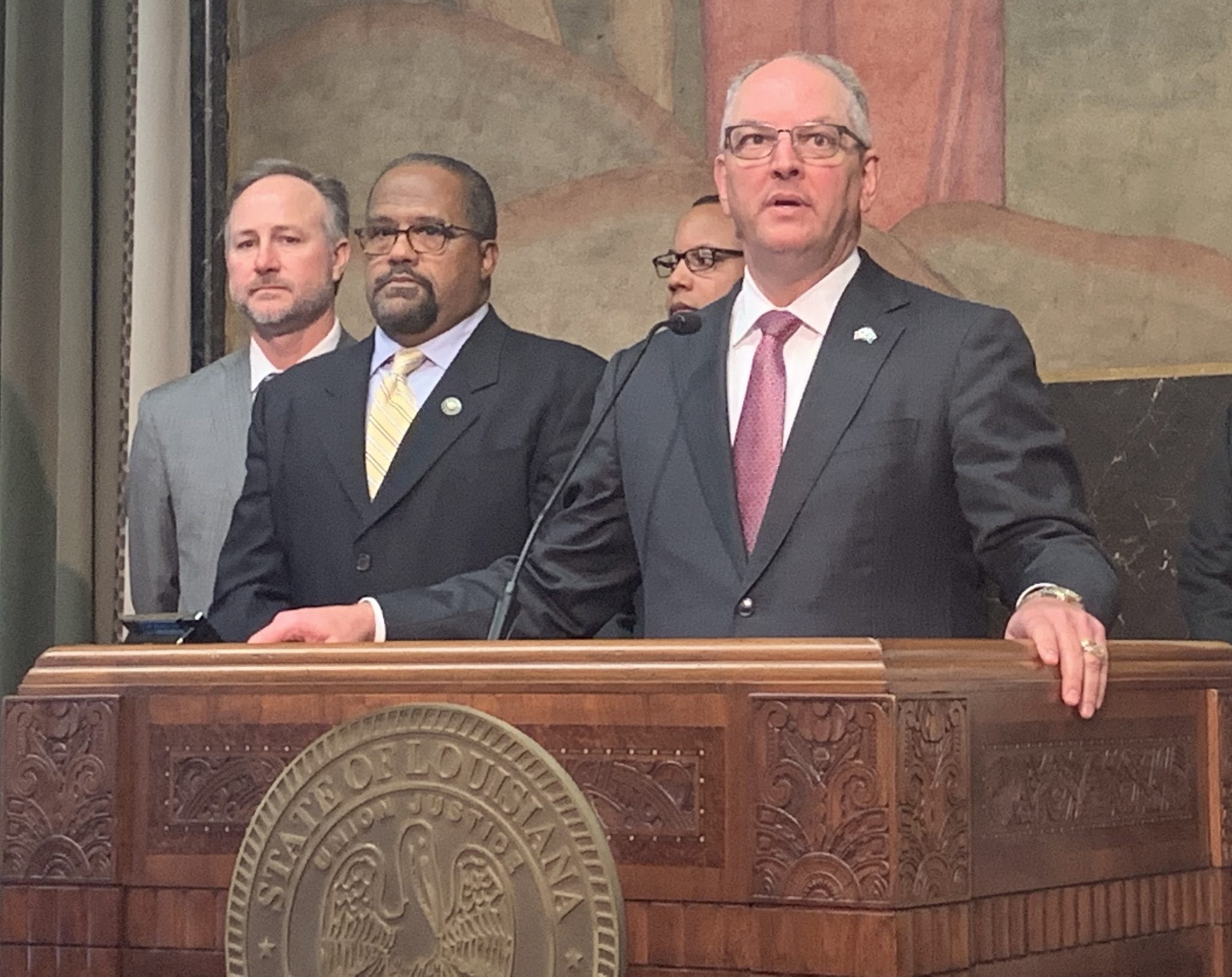 BATON ROUGE–Gov. John Bel Edwards on Monday disclosed the first case of coronavirus in Louisiana, a Jefferson Parish resident who was hospitalized in Orleans Parish.

While the case of covid-19 has yet to be confirmed by the Centers for Disease Control, the state is treating it as a “presumptive positive,” he said.
“Now together we all—as a government, as health care systems and providers, as schools, businesses and as neighbors—must take action and be vigilant to prevent the spread of this virus in our great state,” Edwards said.
Edwards made the announcement as he addressed the Louisiana Legislature to begin this spring’s session.

Edwards told returning legislators, as well as 45 freshman representatives and 20 freshman senators, that the state can move forward only through bipartisanship, especially in areas where it does worse than other states, including education and the cost of auto-insurance.

Edwards, the only Democratic governor in the Deep South, won re-election last fall. Republicans gained more seats in the Legislature and now have a supermajority, or two-thirds of the seats, in the Senate. They are now only two seats away from holding a supermajority in the House.

One of the biggest issues that the Legislature will face this session is how to lower insurance premiums.

Louisiana residents pay the second highest auto-insurance rates in the country, behind only Michigan. Little has been done in the past four years on this front, and lowering rates ranks high on the agendas of both Edwards and Republican lawmakers.

“Auto insurance costs too much in Louisiana, period,” Edwards said.

Edwards would like to shift from auto-insurance rates being based on an individual’s sex, profession and other personal aspects. He proposes having flat basic rates that fluctuates with an individual’s driving record.

He said, for instance, that some insurers now charge higher rates to widows, people with poor credit scores and even deployed servicemen.

“We have 130 guardsmen currently mobilized, and we are about to have nearly 2,000 more deployed at the end of the year,” Edwards said. “And we should do everything in our power to make sure they are not penalized when they return.”

Republicans lawmakers have said they will continue to try to reduce premiums by changing the state’s litigious climate. Edwards said he was willing to seek compromises with the Republicans in that area, known as tort reform.

Read more at the Bossier-Press Tribune.