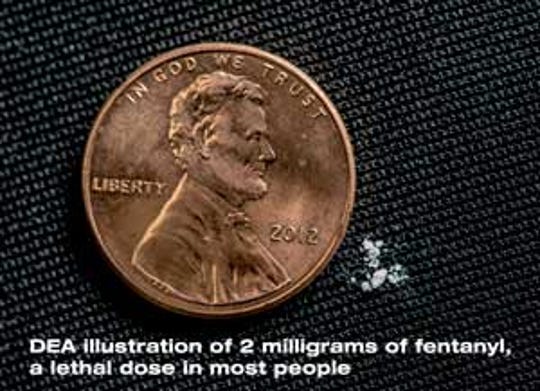 Graham Jordan, a 21-year-old LSU student, did not wake up one morning after partying at a bar in the Tigerland area near campus in 2017. The autopsy showed that Xanax had been in his system, but a deeper observation showed something much worse — traces of fentanyl, a dangerous compound that street dealers mix into other drugs to increase the high.

Fentanyl is an opioid that doctors use to treat severe pain. But it is so powerful, and it is becoming so common as an added ingredient in street drugs, that it is responsible for more than half of all opioid overdose deaths in some parishes.

The Centers for Disease Control say fentanyl is 50 to 100 times more powerful than morphine and should only be used when pain is so severe that morphine will not be enough.

Authorities say a spike in deaths is particularly evident among younger adults in their 20s and 30s. Fentanyl use also is growing among high school and college students who buy other drugs such as Xanax, cocaine or heroin and do not realize fentanyl is present. Local officials say that one high school student in New Orleans died in 2019 from an accidental overdose of fentanyl.

Jordan, the LSU student, died after taking Xanax laced with a lethal amount of fentanyl. Mary Ellen Jordan knows fentanyl was not a drug her son sought out.

“I had never even heard of it before we got his autopsy report,” she said. “I don’t really think most people take that on purpose.”

Two of the state’s largest parishes, East Baton Rouge and Jefferson, have seen fentanyl use rise even as overall opioid use has leveled off.

In 2018, 102 people died from opioids in East Baton Rouge Parish, with 32 of them involving fentanyl. 2019 saw a total of 127 opioid overdoses. The number of those deaths involving fentanyl is unclear, but East Baton Coroner Beau Clark said illicit manufacturing of the drug has risen substantially.