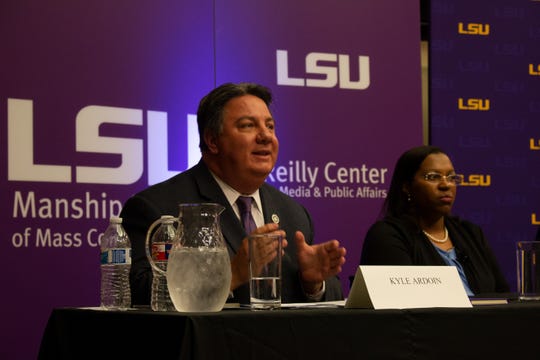 BATON ROUGE — Three blue states — Washington, Oregon and Colorado — conduct all of their elections through mail-in votes, and four red states — Wyoming, Montana, Utah and Alaska — are joining them this year in conducting their presidential primaries entirely through mail ballots.

Since the COVID-19 outbreak began, 28 other states have announced plans to increase access to absentee ballots or take other actions to keep voters from lining up at polling places.

Yet, in deciding on Tuesday to delay Louisiana’s presidential primary to July 11, the Legislature insisted that state election officials scale back plans to rely less on in-person voting and more on mail voting to reduce the health risks.

Republican legislators expressed concern that more mail-in ballots could increase the potential for voter fraud. But national election experts say there have been few instances of fraud as other states have expanded voting by mail. And even once the risks from the virus ease, they say, Louisiana could increase voter turnout if it made greater use of alternative voting methods.

Voter turnout in governor’s races in Louisiana declined steadily for several decades, from 54% in 1979 to 31% in 2011 before rebounding to 51% last fall, according to the Louisiana Secretary of State’s office. Turnout in presidential elections in Louisiana has stayed higher, at 55% to 60% of eligible voters, though voting-rights advocates fear it could slip this year if voters do not feel safe.

Voting by mail is “something we’ve thought was important for a while now, but with the current state of the world, we now believe it is not only important, but essential to the democratic process,” Catherine McKinney, the director of the Louisiana Vote-by-Mail initiative, said.

“Now it is not only easier but imperative to keeping our poll workers and our voters safe from a global pandemic,” she said.